Getting a TV advert on air allows companies to build trusted brands and boost sales by putting their product in front of huge numbers of customers. Toast is a complete TV commercial production partner, one that has access to media buyers, planners, creatives and production teams, we can handle your complete TV advert from brief to airdate.

We offer a perfect marriage of creative and production agency with in-house production resources allowing us complete control over our output and making the most of your budget. Toast is extremely proactive, handling everything from casting, location, crewing, studio and equipment hire – making sure that our internal and external production supply lines get the very best out of the creative brief and budget available. Toast is one of the top TV commercial agencies in the UK, we can do deals to get the most from your TV advert budget.

Take a look at some of our work – We have a great track record of helping companies like Innocent get on TV.

Whether you already have a budget for your TV advert or you’re researching TV advertising costs, fill in the contact form below and we’ll guide you through the process. 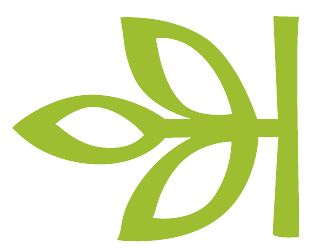 “We invited Toast to pitch for our new product focused TV campaign. They were the stand out choice from our first meeting and impressed me with how quickly they not only understood but engaged with the brand.”

Our producers come from ad agency and TV advertising production backgrounds in London and have a unique and clear understanding of the entire process of bringing TV adverts to screen.

Regardless of the size of your TV commercial production, we assign a dedicated producer from the start of the project to work with you and your team. We start by gaining an understanding of your company or product, from there we develop creative ideas.

We always present multiple creative routes which give clients a broad spread of ideas to choose from. These ideas will range from top-line concepts to sample TV commercial scripts. When presenting ideas we’ll look at different creative routes including live-action and animated TV commercial production. Once a route has been decided on we refine those concepts based on client feedback.

At this stage we’ll start the process of clearing your TV commercial script, every UK TV advert has to abide by a set of rules before going on air, it’s best to get these approvals early as it prevents bottlenecks later in the TV commercial production process. During pre-production, we will work out the logistics of any filming that needs to take place. If the route picked is an animation we’ll generally start storyboarding the animation at this stage.

Before any filming takes place we’ll have a final pre-production meeting to sign-off all aspects of the shoot so that everyone is clear on what will happen during filming. Filming will either be on location or in a studio depending on what is the best solution. The footage from the shoot is then edited into a rough version of the TV commercial which locks down shot selection but not timing. Further refinements are made to the edit, graphics, effects and sound are all added until the finished TV commercial is polished and ready.

During the edit, the TV advert is sent to the regulator Clearcast for final approval. The finished advert is then sent to the TV networks for playout as a national TV advertising campaign.

If you’re looking for one of the top TV commercial advertising agencies with great creative ideas, award-winning writers and directors get in touch. If you already have a TV commercial and you’re looking to get it on air we work with a number of media buyers who can organise a media plan. Use the form below to tell us about your project.

How long do TV adverts last?
TV adverts generally have a duration of 30 seconds but it’s also possible to run 10-second cutdowns.

What makes a good tv advert?
A good TV advert is one that’s memorable. A DRTV advert is good if the viewer follows the call-to-action.

Who makes TV adverts?
TV adverts are made by advertising agencies and production companies, or sometimes a combined production agency.