The Shell Eco-Marathon is a yearly competition to find the most energy-efficient vehicle. The competition features different categories of fuel. For instance fuel cells, solar panels, gasoline, diesel and LPG. In further challenges, the vehicles must reach an average speed of 15mph. Various challenges are run throughout the year. The competitions happen worldwide in California, Istanbul, Paris, Rio de Janeiro, London, Johannesburg and Singapore.

The Oxford University video shows its battery-powered vehicle. The car has a sculpted body shape to help reduce air resistance. Each element of the car’s design is engineered to reduce wasted energy. For example, the tyres have a small cross-section to cut down on rolling resistance. Additionally, the vehicle has a special clutch and power-train which allow for either free-wheeling or regenerative power under braking. Students from Oxford University worked to test the car honing each area for maximum efficiency.

The Oxford University team worked together with the Energy and Power Group (EPG) of the University of Oxford. Also involved were computer scientists from the Oxford Martin School’s Institute for the Future of Computing. Areas of the vehicle which required development included, in-wheel motors, lightweight carbon fibre chassis and energy storage battery technology.

Finally, if you’re looking for video production, you don’t need to be a University. Toast has many clients around the UK and worldwide. Get in touch if you’d like us to provide a quote for your video. 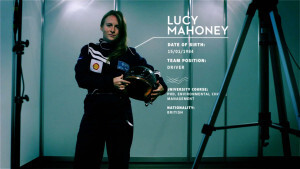 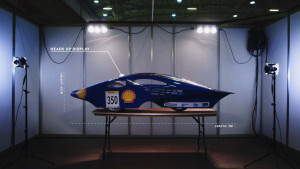 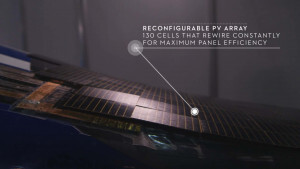